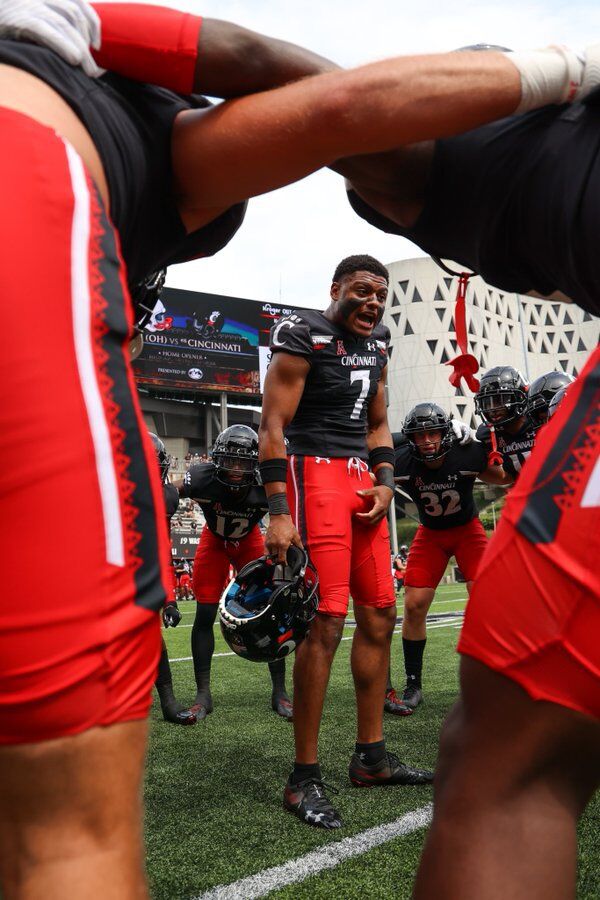 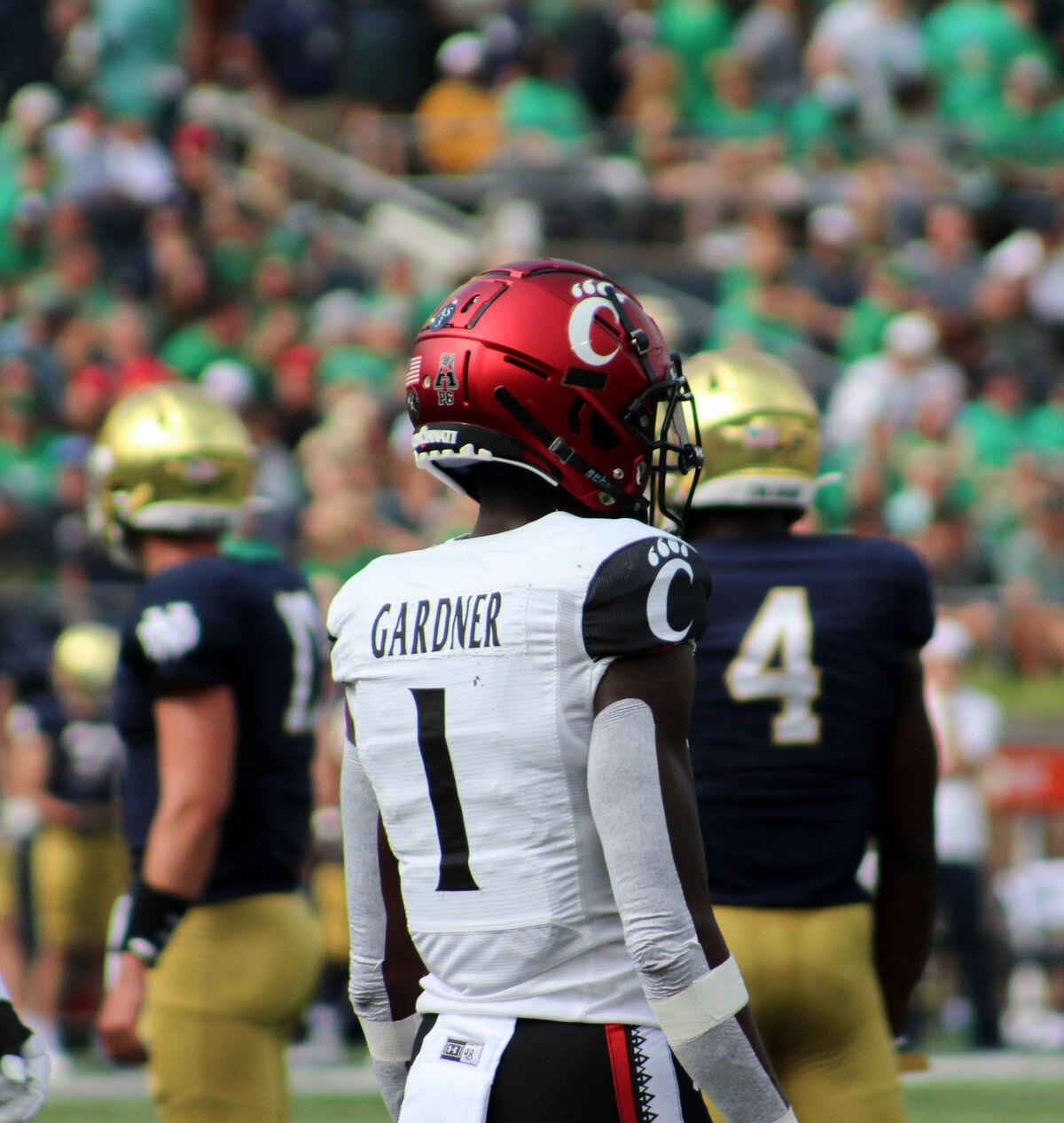 The University of Cincinnati Bearcats rose two spots in the latest AP poll to No. 5 in the country following their 24-13 win over the University of Notre Dame on Oct. 2, 2021.

The University of Cincinnati (UC) football team, currently on the most historic run in school history that has them placed at No. 2 in the country in the latest AP Top 25 poll, continues to earn more recognition on the defensive side of the ball. Cornerbacks Ahmad Gardner and Coby Bryant have been nominated for the Paycom Jim Thorpe Award, an award given to the best defensive back in the country. They are two of just 12 players named as semi-finalists for the award.

Voted on by the Oklahoma Sports Hall of Fame, the Jim Thorpe Award takes performance on the field, athletic ability and character into account when selecting the recipient. Bryant and Gardner help lead one of the best defenses in the country and have the statistics to prove that they are indeed two of the best at what they do.

Aside from being ranked first in the NCAA for pass defense efficiency, the Bearcats defense is also No. 1 in opponent completion percentage. Just a couple of spots down on the list, this same Cincinnati defense is No. 3 in interceptions, touchdowns allowed, and scoring defense according to NCAA and ESPN.

“That looks good for the room,” Gardner said of the nomination. “Give a lot of thanks to our corner coach. He makes sure we put the work in, and he told us straight up we deserve it, and I feel like we do also.”

On the field, Bryant and Gardner are making individual noise alongside the team. To go with the pick-6 he scored against the University of Central Florida, Bryant has 11 passes defended this season, which is tied for third in the nation. Gardner has only allowed nine completions all season and has yet to give up a touchdown in his three-year collegiate career.

Not only do Bryant and Gardner lead the best passing defense in the country on the field, but they are also leaders among a family in the locker room.

“It’s a real brotherhood,” Gardner said of his relationship with Bryant. “Not just us two, but the whole cornerback room and secondary.”

Being nominated for such a prestigious award in College Football is something that the UC football program has grown accustomed to in the past few years, with former Bearcat James Wiggins nominated in 2020. Wiggins now plays for the Arizona Cardinals of the NFL.

Bryant and Gardner are the first pair of teammates to be nominated for the Jim Thorpe Award together since 2018, proof that the duo plays off each other and make each other better. Bryant led the Bearcat’s in interceptions during their 9-1 2020 season with four, followed by Gardner with three.

“He motivates me. Since he’s been here, I’ve got better as a person and as a football player,” Bryant said of Gardner. “It’s definitely fun.”

Both Bryant and Gardner will find out how good their chances are when the field of 12 gets narrowed down to three finalists on Nov. 23. Once the final three players are announced, the world will have to wait until Dec. 9 to learn the winner.

“We’re going to be rooting for each other,” Gardner said. “I feel like as long as one of us get it, that’s going to be a win.”