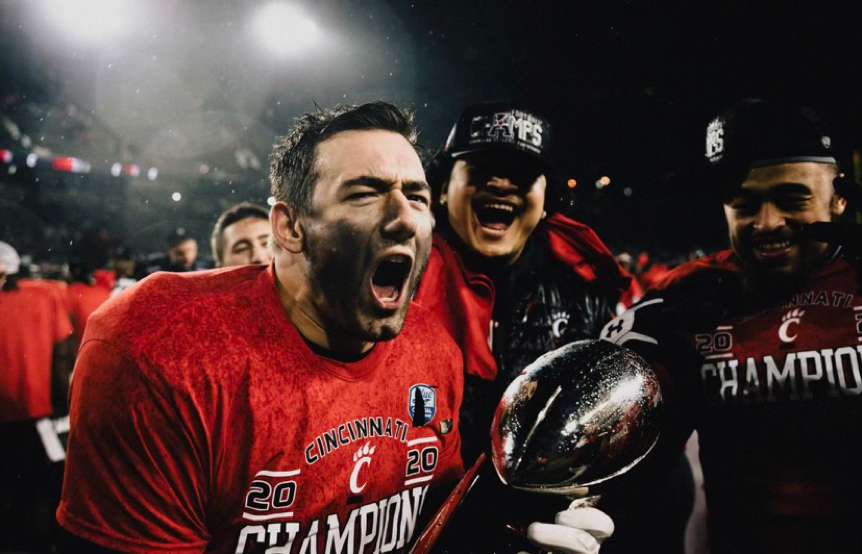 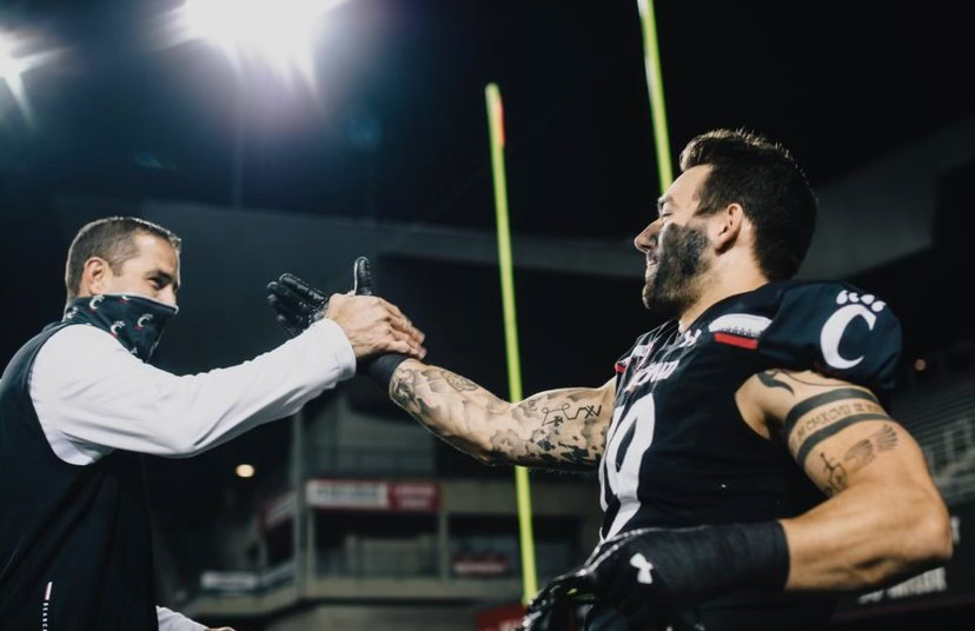 After concluding a successful collegiate career at the University of Cincinnati with seven and a half sacks, Tucky recently launched a video series, "Take 5," focused on normalizing and addressing mental health for five minutes a day.

The ongoing video series hosted by Tucky results from finding the purpose in the difficult times of life and sharing those challenging experiences. Tucky's audience is just to help one person.

"I grew up in small-town USA in the middle of Ohio, so that's where I got my work ethic," he said. "I grew up bailing hay and helping farms."

Tucky wasn't always the physically dominant pass rusher that the football field sees. He became interested in working out due to the constant bullying he received in middle school.

After struggling to understand mental health in high school, Tucky had a sudden "reality check" when he initially underperformed his expectations at Boston College, where he played football before breaking out at Cincinnati.

"There's a lot more to life I need to work on, I can't portray myself and have all my self-value in my play on the field," he said. "After I transferred and hit rock bottom, it was [time to] start working up and discovering who I am and want to be."

When quarantine took every distraction away from Tucky and the rest of the world about a year ago, he realized he had only scratched the surface of mental health, and the idea of his current series came to him.

"I'm training for the draft, but I have the same struggles same as you. I don't want anyone to feel isolated," said Tucky on the stereotype of male role models not showing weakness. Tucky is strongly against the impression that strong men must be impenetrable.

"I believe the strongest men are the ones who can admit to their weaknesses and failures and grow from them," said Tucky. He points to his grandfather, uncle and dad as representing his view of a strong man.

Tucky's initiative isn't about him; he knows other people need to focus on mental health, which is why he wants to face the challenges upfront and grow from them together publicly. Tucky is trying to bring people together to avoid individuals feeling embarrassed or carrying too much weight on their own.

"I think it's a new idea, and with anything new, it is going to take time to adjust and it's going to make people feel uncomfortable to discuss it," said Tucky. "It's okay to open up and have feelings,"

He eventually hopes to see a one-stop-shop for mental health guidance, an application with videos of motivation and lessons for the day to help ease anxiety and depression through real people sharing real stories.

Tucky realizes he does not have all the answers himself and hopes just to help one person feeling isolated to realize they're not alone.

As Tucky prepares for the upcoming NFL Draft, he notes the team component at UC and the bond through the COVID-19 pandemic as aspects he will cherish forever.

On the pandemic-struck season, Tucky said, “Everyone was truly playing for each other, and I think that is what separated us from a lot of teams and why we were so good. We truly cared about the guy next to you.”

As Tucky departs UC football with a notable senior class, he assures the Bearcat community is in good hands due to the culture and leadership established by head coach Luke Fickell and his staff.

Coming off of a three-year career at UC with 36 solo tackles and five blocked punts as an outside linebacker, Tucky has added value to his draft stock where others aren’t.

Tucky can confidently say he is one of few linebackers who can efficiently long snap, the offensive lineman position who progresses the ball between their legs to the place holder for a field goal to be kicked, or the punter to be booted up the field.

He notes that the hardest part about draft preparation is leaving his team and becoming his own business. However, this has allowed Tucky to have more self-discovery, which he notes is the best preparation.

Tucky’s series will be expanding shortly to bring on guests for interviews to address their stories. Updates and new postings to his series can be found on his Twitter page.