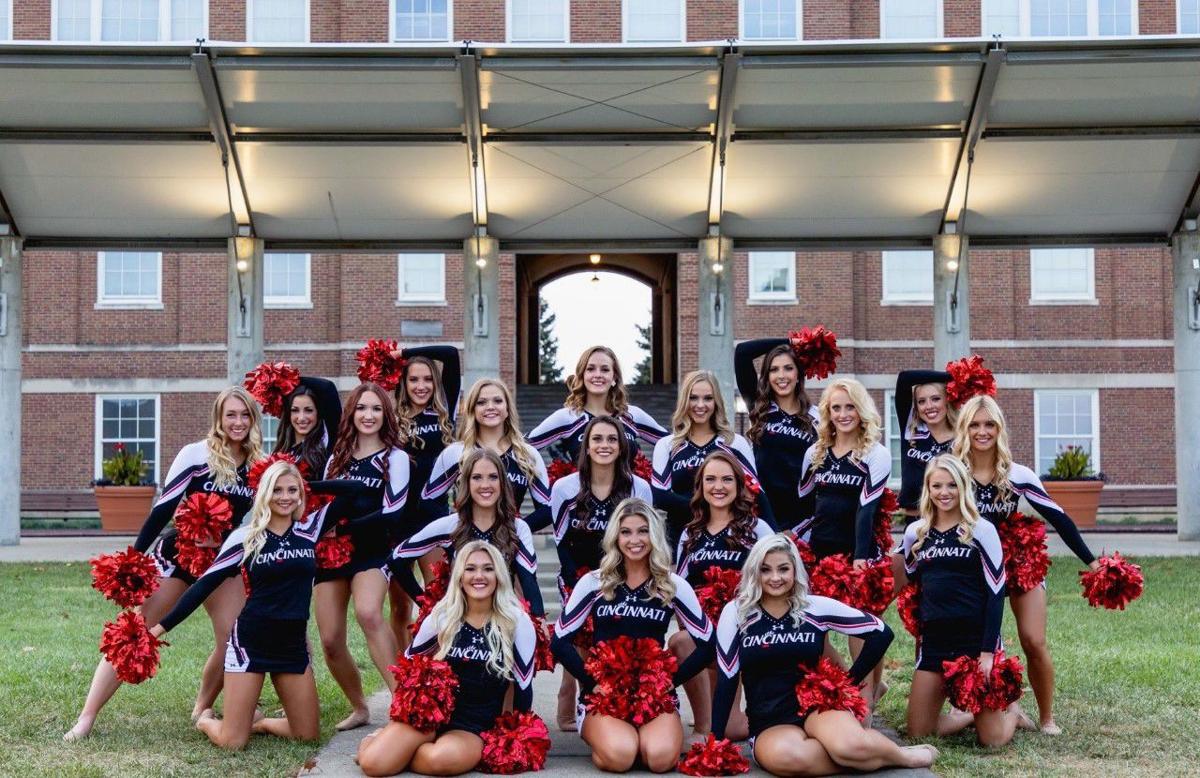 The University of Cincinnati dance team are required to learn over 30 dances before even being a UC student. 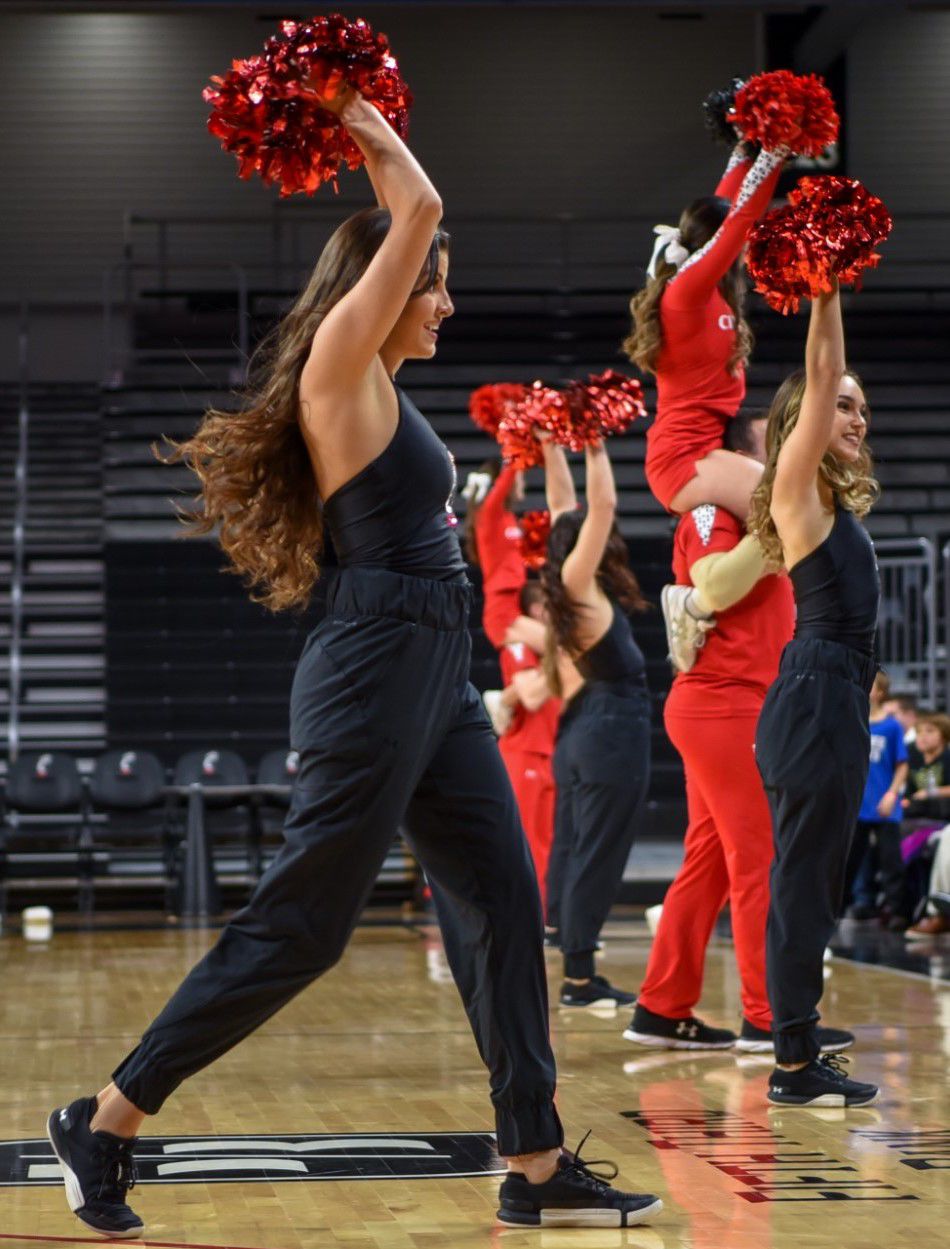 The University of Cincinnati dance team came in sixth at the most recent nationals.

The University of Cincinnati dance team is notorious for winning, having won seven national titles and ten world titles in its illustrious history. The team is regarded as one of the best in the nation, but despite its success, there is still a lot that remains unknown behind the scenes.

The dance team’s season is more or less over after finishing sixth in both the Pom and Hip- Hop categories at nationals in January.

The team’s season begins in July, when all team members arrive on campus and stay at each other’s houses.

“The freshmen on the team usually sleep on couches or air mattresses,” fifth-year senior Amber Roberts said. “During the summer, there was 18 girls in one house. It’s pretty ridiculous.”

Training starts immediately for the girls, with incoming freshmen being required to know 32 dances before even arriving at UC. The whole team spends time learning the dances you see performed at various UC sporting events, and they also learn halftime routines, which are geared toward crowd appeal and entertainment for the students. While these performances are engaging to the average spectator, this is the root of a major misconception of the team.

“I feel like the community thinks we just want to be in the spotlight, that we just want to curl our hair and be at all the games,” Roberts said, referencing the sacrifices dance members have to make. “But we are on this team to kick some butt, get a ring and work our butts off, no matter what it takes.”

The team grinds for the national showing, which is comprised of a single two-minute routine. All the late nights practicing from 6-10 p.m. three times a week in Fifth Third Arena, along with four weekends of 12-hour days all come down to a single routine that determines whether they leave the ESPN Wide World of Sports complex in Orlando with or without a ring. This year, the team practiced its full routine in the 30 days prior to leaving for Orlando, which amounted to 60 to 70 times, Roberts said.

The team possesses a work ethic that is unparalleled within the collegiate world, according to Haley Barber, a sophomore on the team. The team prides itself on being mentally tough and resilient to whatever is put in front of them. In a single five-hour practice, the team may only get four moves of the whole routine done. For five hours, they will repeat it over and over until head coach Maureen Housum, deems it acceptable.

The built-up tension that comes while waiting backstage before they enter the mat to compete for a national title is unlike anything, and although many emotions run through their minds at that point, this is what makes it “so addicting,” according to Roberts. “You spend so many hours in a gym, just for this one show-out. This one time you have to be perfect. There’s just something about that.”

This mental fortitude is something that all 16 members who compete can carry into their lives outside of dance.

The team’s schedule is formidable, performing at all home football and basketball games, as well as dancing at men’s soccer, women’s soccer and volleyball — all on top of training and class commitments. While the average student-athlete has an academic adviser who can assist in dealing with the pressure, the members of the dance team do not.

They are pretty separated, Roberts claimed. While they have a strict commitment to be at every varsity game and a significant amount of time devoted to their sport — they do not receive the respect, help and benefits that other student-athletes may receive.

Another misconception the community struggles with is the team’s association with its student-athlete counterparts — the cheer team. The dance team aren’t cheerleaders, and while they may do specific cheers and frequently dance with the cheer team and shake their pom-poms, they are reluctant to be classified as the same.

“Dance is such an obscure thing,” Roberts stated. “I understand that it is really hard to understand something that you’re not involved in at all … We almost do all the same things [the cheer team] does to the average person’s eye.”

But once again the derivative of this misconception, like all of them, comes from the fact that not enough of the student-body see them perform in their actual environment. All the average student would see is the entertaining minute-long routine at half-time.

The team has a national send off every year the Sunday before the spring semester starts. The problem lures that this is the only chance a student gets to see the team perform its national’s routine outside of the Orlando competition. Roberts feels that if students were to sit down and watch the full routine, they would understand, and the misconceptions of the dance team would start to fade away.

While the dance team may not be competing for another world title this year, it will still be out supporting the varsity sports this semester.