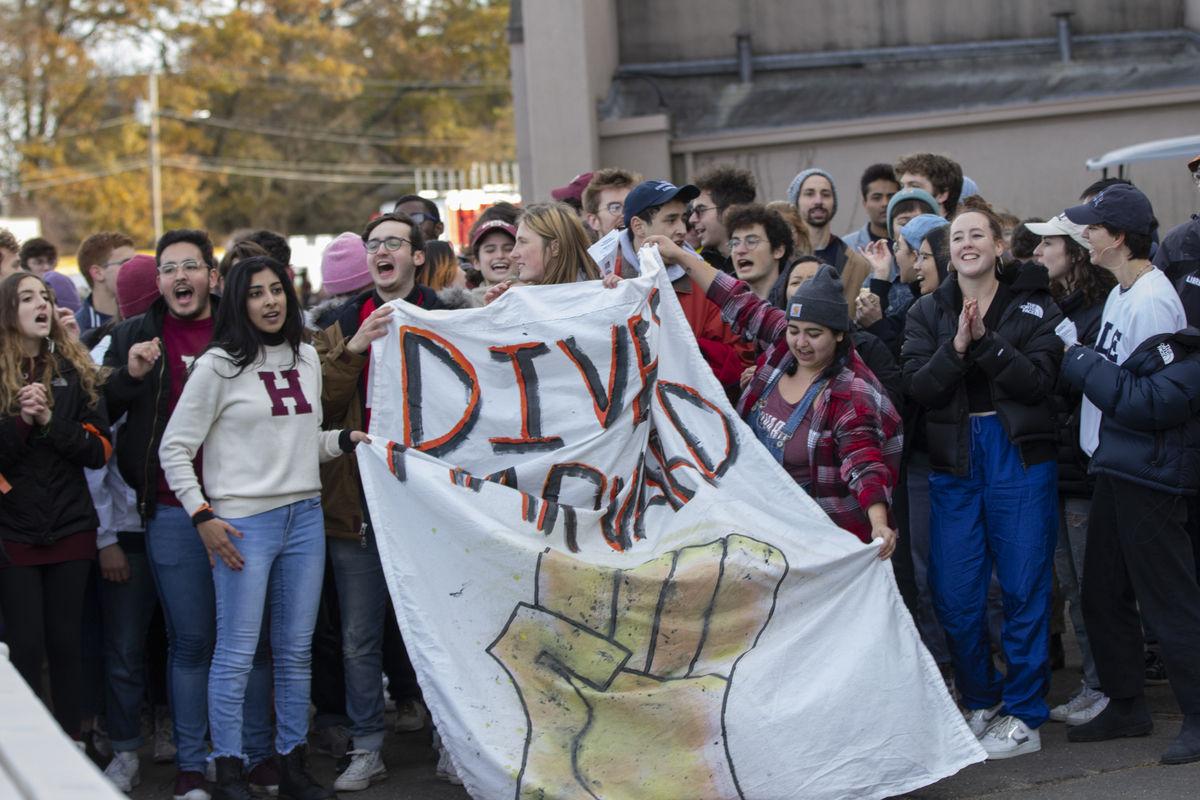 Protesters stormed the field during halftime at a college football game between Harvard University and Yale University Nov. 3. Reportedly, more than 500 protested because they wanted to attract attention to climate change and the fact that both universities divest in fossil fuels. Due to their protest, the game was delayed for an hour.

Well, if attention was to be focused on their cause, then the protest could be considered a success. Sports Illustrated’s coverage on the event received five million views. ESPN’s twitter post about the event received over 15,000 likes.

Rep. Alexandria Ocasio-Cortez (D-NY) praised the protest. “Activism disrupts the present to change the future,” she tweeted. Ocasio-Cortez has been vocal on calling for action to climate change.

Even defensive back and Harvard captain Wesley Ogsbury chimed in. “Today, we faced off in the game, competing with our great rivals from New Haven, Yale. But at this moment, both our institutions continue to invest in the industries destroying our futures. And when it comes to the climate crises, no one wins.”

As of now, none of the protestors will receive any form of punishment.

I don’t have a problem with protests, it’s a great part of our country’s history. Protests like the Civil Rights Movement and Women’s Suffrage are the models of what a protest can accomplish.

Yet the Harvard-Yale protest was the exact model of how not to protest.

The point of a protest is:

a) To advocate for your cause

b) To persuade others to your cause

While this protest accomplished the first point, it didn’t accomplish the second.

In order to persuade others, you have to give them a convincing argument without forcing it upon them. No one is persuaded by force. The Harvard-Yale example was the definition of a forceful protest. You took time to watch this game, but you had to wait an hour because protestors wanted to let you know climate change is bad.

Most rational people know climate change is bad, but how is wasting people’s time going to persuade them to your cause? No one is thinking, “You know what, climate change wasn’t a priority, but because these protestors are passionate, I’ll make it a priority.” What most people are thinking, “Dude, go away, I just want to watch the game!”

The protest would have been much more successful if it had taken place outside the stadium for instance, where they wouldn’t bother anyone while receiving coverage by the news. They would’ve been covered because they are a group of 500 people. That alone will draw attention.

Instead they had to interrupt the lives of others, which likely boosted coverage of their cause but didn’t persuade anyone in the process.

“They’re all supposed to be intelligent people,” he said. “It looks like there’s a lot of common sense that has missed their generation. It goes to show that this generation is all about themselves and not a football game.”

These protests will just continue to divide the country, and we need to persuade — not force — our arguments.

A look into 'Zinzinnati's Oldest Restaurant'