You have permission to edit this article.
Edit
HOME
NEWS
SPORTS
LIFE AND ARTS
OPINION
MULTIMEDIA
CLASSIFIEDS
ADVERTISE
ABOUT 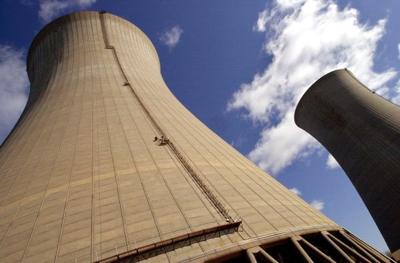 Over the past two months, petitioners from across the United States have been scouring Ohio in search of signatures either in support of or in opposition to a referendum on House Bill 6 (HB6). As these petitioners approached college campuses with unusual intensity, tensions between them and students heated to a boil.

On Oct. 9, UCPD responded to an incident outside TUC in which a fistfight ensued after an unknown individual launched a milkshake at a petitioner.

Guy launched a milkshake at a petition dude, fight broke out from r/uCinci

Alex Bireley, a first-year fashion design student, witnessed the fight and posted a video of it on Reddit. He said he was passing TUC on the way to his girlfriend’s residence hall when the fight broke out. Bireley said he had been harassed by one of the petitioners before, so he found himself rooting for the assailant.

“Finally, somebody did something about it,” he said.

UCPD has responded to three altercations involving petitioners and students this semester, according to police reports acquired by The News Record.

UC is not the only college in the region to see an influx of petitioners.

Three petitioners were arrested early this month at Cincinnati State Community and Technical College for criminal trespassing, obstructing official business and disorderly conduct, according to the Cincinnati Enquirer. The trio refused to name who contracted them.

The Miami Student reported similarly that petitioners contracted by Ohioans for Energy Security were spotted asking for student signatures at Miami University.

The controversial HB6 was signed into law last July and will conjure up a $150 million annual bailout to Ohio’s nuclear energy sector. Beginning in January 2021, the law will raise approximately $1 billion over the next seven years.

Funding for this subsidy will take the form of an 85-cent rate increase for consumers.

FirstEnergy Solutions, which operates two nuclear power plants in Northern Ohio, filed for bankruptcy early this year and has announced plans to shutter both plants by May 2021, barring any support from the Ohio legislature. According to data from the Ohio Public Utilities Commission, approximately 15% of Ohio’s electricity is powered by nuclear energy.

The group failed to meet its signature deadline of at least 265,774 valid signatures before Oct. 21, collecting only 221,092 signatures thus far, according to a report by WOSU.

The second group, Ohioans for Energy Security, has been aggressively pursuing its own petitioning campaign in opposition to the referendum. The group has run ads claiming “the Chinese Government is quietly invading our American electric grid” and warning people not to sign petitions “allowing China to control Ohio’s Power.”

These claims have largely been debunked, according to a report by the Enquirer.

But this group has had much more success collecting signatures for their own petition. According to a press release, Ohioans for Energy Security turned in over 846,000 signatures in just under a month.

"These signatures represent a groundswell of public support for immediate action on legislation that ensures the reliability and security of energy generation in Ohio," said Carlo LoParo, Ohioans for Energy security spokesperson, in a news release.

Gene Pierce, spokesperson for Ohioans Against Corporate Bailouts, called the opposition “a continual campaign of misleading statements and allegations combined with physical intimidation and harassment.”

Pierce said the main goal of this second petition was to spread public confusion, and that it has no actual legal standing.

Pierce said at the beginning of the campaign, Ohioans Against Corporate Bailouts employed roughly 1,200 petitioners. Buyouts from the opposition dwindled their numbers to only 200.

The News Record spoke with one petitioner outside TUC, who refused to give their name for fear of reprisals. They attributed the aggressiveness of this campaign to the high pay being offered by Ohioans for Energy Security, which the petitioner claimed had been paying $8 per signature.

The petitioner also claimed to have made about $40,000 in just three weeks from this campaign alone.

“I’ve never made so much money in my life,” they said.

Ohioans for Energy Security declined to comment on how much the group has paid its petitioners.

This petitioner said many of those collecting signatures on college campuses are independently contracted from out of state, themselves included. These contractors — dubbed "pros" — are known for being able to collect a high volume of signatures, they said.

While hiring outside contractors to petition on behalf of an issue is relatively standard for getting something put on the ballot, Ohio laws are simply not equipped to deal with this level of pre-ballot campaigning, said David Niven, associate professor of political science at UC.

“This is probably the most aggressive, no-holds barred issue fight Ohio has ever had,” he said, calling the situation “the wild west of campaign laws."

Although it may not be the ideal vision of democracy, the only way these issues get put on a ballot is by throwing a bunch of money at it, Niven said, adding that petitioners are the political equivalent of migrant farmhands and they go where the ballot questions are. With so much money on the line for companies opposing the referendum it’s no surprise the resistance has been so voracious, he said.

“The companies that will benefit from [House Bill 6] have a billion reasons to fight the repeal effort,” Niven said. “Truth, decency and obeying the law were not their chief concerns.”

As the deadline already passed, petitions have stopped circulating — at least for the moment.

While HB6 is slated to go into effect, Ohioans Against Corporate Bailouts took to federal court requesting an extension for the referendum effort.

Under the Ohio Constitution, once approved for referendum, a petition has 90 days until a law is enacted to submit a specified number of signatures. The group argues that an existing state law deprived HB6 of its full 90 days guaranteed in the Constitution.

A U.S. District Court was unable to reach a verdict in the case Wednesday and instead referred it to the Ohio Supreme Court for further consideration, according to court documents obtained by The News Record.