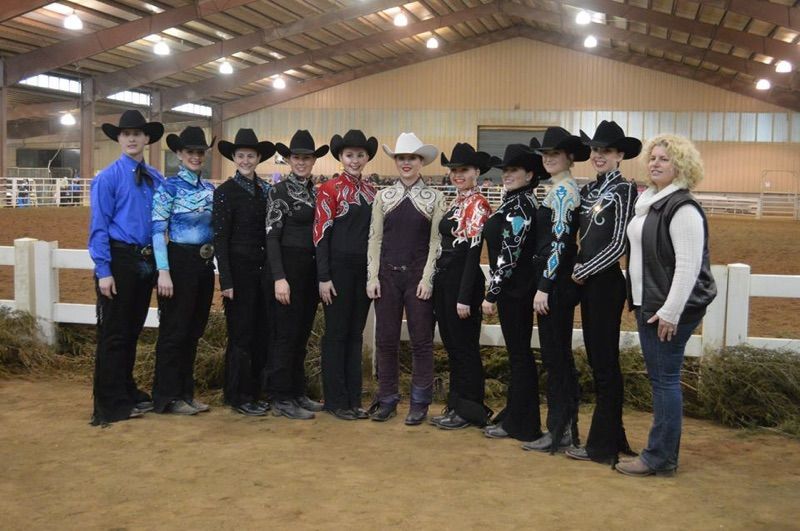 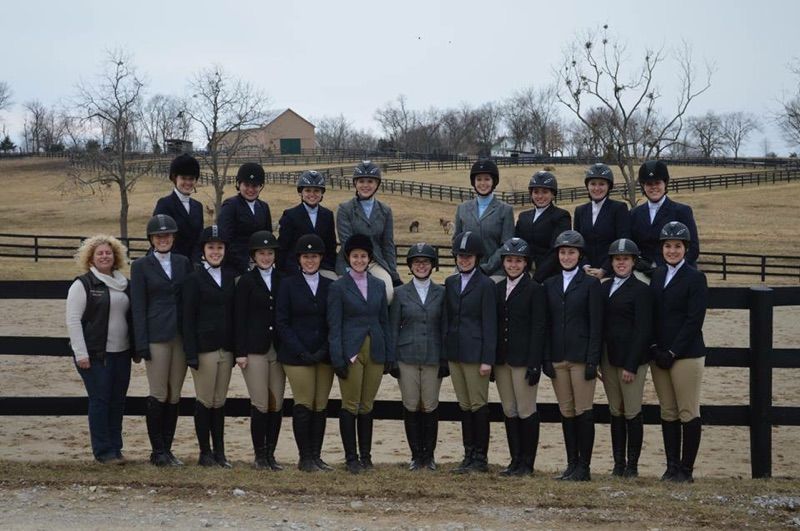 Whether students are seasoned horseback riders or have never so much as approached a steed, the University of Cincinnati Equestrian Team has a place for them in its group, which puts an emphasis on forming bonds between teammates and their horses.

“I absolutely love watching these young riders — usually women — grow up into awesome people,” said Missy Jo Hollingsworth, who has served as UC’s equestrian coach for the past eight years. “I think the skills that you learn on the horse are extremely adaptable to everyday life. I want them to be great in every aspect of their lives; it’s what I expect of my team members.”

The Equestrian Team, which qualifies as a club sport, competes in over 10 regular-season horse shows per year. This will be the eighth consecutive year that the team’s hopes are answered, having qualified for regionals once again, which were held on Saturday.

Consisting of 34 members, the team is funded by UC’s Club Sports organization. These athletes attempt to give back to the Club Sports organization by fundraising money for their team and matching the funds that UC offers them, according to Nikki Gross, a fourth-year criminal justice student and vice president of events for the Equestrian team.

“The Club Sports are really, really helpful in the fact that they donate a ton of money towards our team,” Gross said. “I try to make the fundraising events fun, like we went bowling the other day, and I set it up with the bowling place where we would get a part of the profits from that night, depending on how many people we bring in.”

The goal is to match the amount of money that club sports organizations donate to the Equestrian Team each season and to show how much they appreciate the contributions, Gross explained.

As coach, Hollingsworth teaches both new and advanced riders what saddling up is all about.

“We start with the basics,” Hollingsworth explained. “We want them to be comfortable around the horses first, then we work on basic skill sets. Once someone has a basic skill set down, we move on to another skill set. Even for the advanced riders, once their comfortable on a horse and the horse becomes easy [to ride], then we actually change the horse, because every horse is different. Between lessons and that different horse, the rider learns new additional skills to further their riding capabilities.”

Teaching the new riders the art of equestrianism is the easy part, but learning how to physically ride a horse, in the correct form, is the one of the most difficult tasks, Hollingsworth said.

“There is a special bond that you develop between the rider and the horse itself, and it’s so cool to watch how it kind of differs from beginner riders to advanced riders,” said Jackie Hack, a second-year middle childhood education student and president of the Equestrian Team.

Riders can practice at Hollingsworth’s barn in Kentucky.

“Everybody has a lesson once a week and their lesson is an hour long,” Hack said. “We also have biweekly meetings, which usually last around an hour as well. Other than that, we have shows throughout the semester on the weekends, and we also have a lot of team bonding and fundraising events that are highly encouraged for the team to participate with.”

In addition to funding, the team collects memberships dues. The first semester costs $500 and returning semesters cost $450. Dues cover weekly lessons, team dinners and transportation and lodging for shows, according to the team’s website.

Competitions take place at a variety of schools, including the University of Louisville, Morehead State University, Midway College, Xavier University, Georgetown College, University of Kentucky, Marshall University and Northern Kentucky University. The shows, however, never take more than a three-hour drive, according to Hack.

“We compete at all of the shows offered in our region; if we did not, then the members would not be qualified for regionals,” Hollingsworth said. “The team typically competes in 10 regular-season horse shows.”

Hollingsworth explained that the team is considered a semi-varsity sport at the university and that it competes in the Intercollegiate Horse Show Association (IHSA).

According to Hollingsworth, the school that holds the lead ranking position for the season is able to skip regionals and move directly to semi-finals, or “zone.” After zone, the final and most important competition of the year is nationals, Hollingsworth said. This ranking position is based off of the point-riders for the division.

“There are certain riders [point-riders] from each division that are chosen by our coach, and that specific persons points count towards the team,” Hack explained. “Then at the end, that person’s points are added up and that is how a team wins a show.”

According to Hack, the team travels to all of their shows together. She said the bonding experience that takes place during this travel time is a noble learning experience and that members gain help from not only other team members from UC, but they also learn from the many other teams at the competitions.

“The people on this team are friends that I will have for the rest of my life,” Hack said. “Just being able to be on this team with people who love the same things as me, it is just so amazing.”

Have an opinion on a recent story or event around the University of Cincinnati? Let us know what you think!
If you're interested in submitting a Letter to the Editor, click the button below to email Anne Simendinger, editor-in-chief. For news tips or story ideas, contact one of our editors.