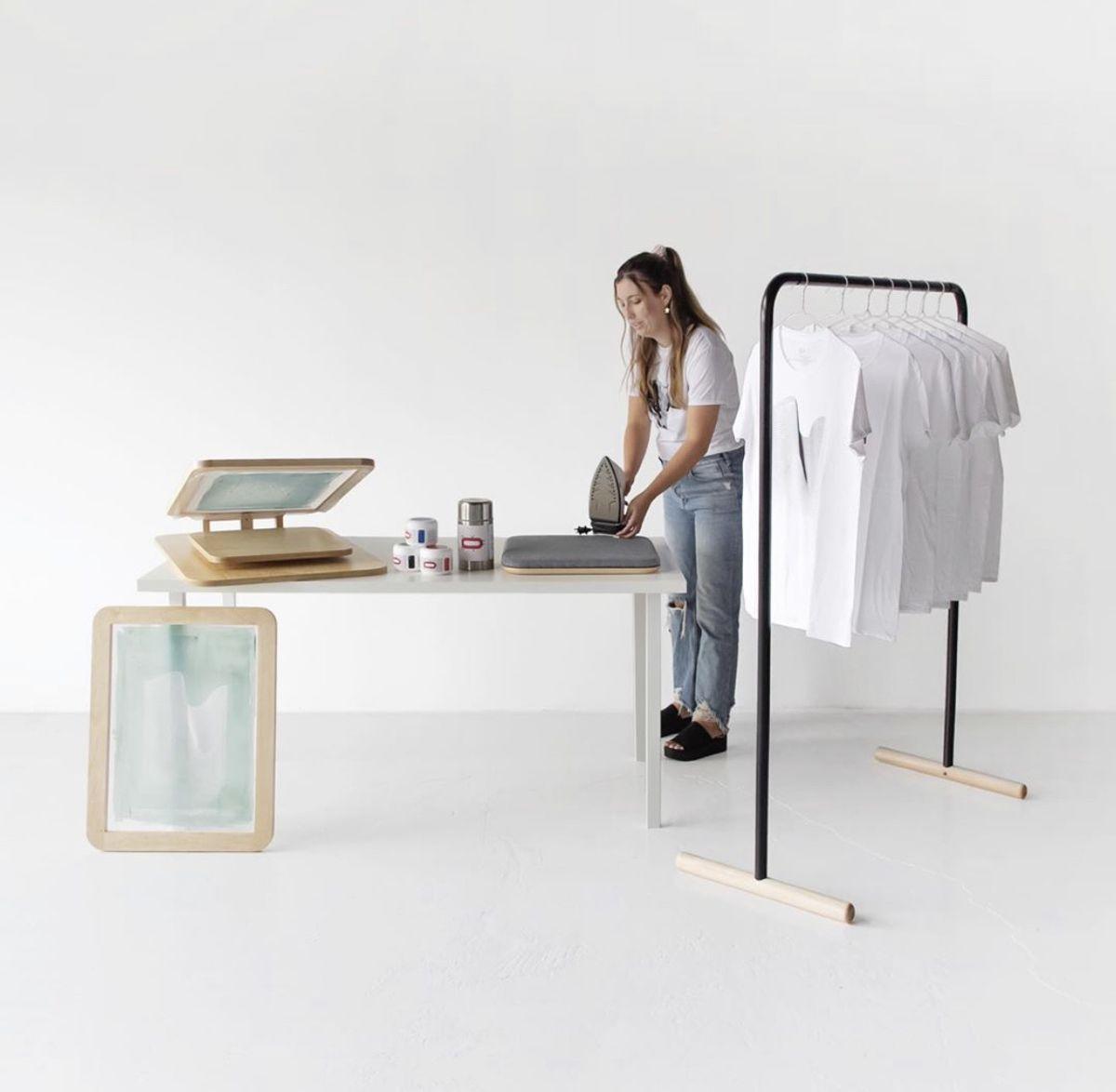 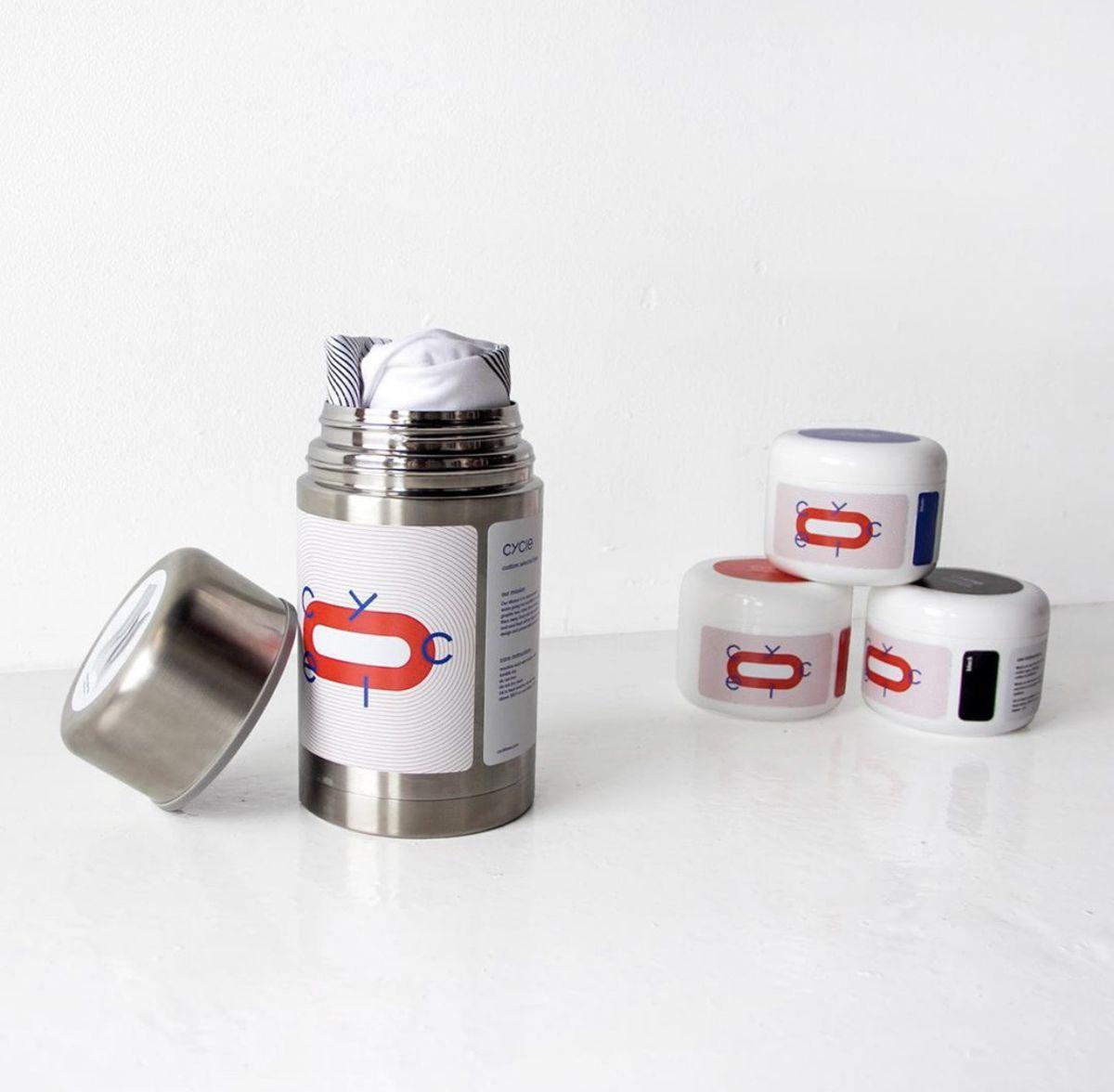 Ellen Posch — a sixth year studying industrial design at the University of Cincinnati — has been recognized by the College of Design, Architecture, Art and Planning (DAAP) for her product “Cycle.” The product is a new and improved way t-shirts can be reprinted and reused until they can’t be worn again, reducing textile waste in the process.

In Posch’s downtime from creating and continuing work on Cycle, she spoke to The News Record about her plans for the product and her bright future.

The News Record: What was your inspiration for Cycle?

Ellen Posch: We do sort of like a main industrial design studio every semester and those are your main classes. You focus all of your energy on it.

Usually, there’s some sort of a prompt for the class — the professor I had for the semester that I did Cycle gave us prompt rituals as the studio. For the first three weeks of the studio we’re supposed to try three different rituals, a new ritual each week. And so, it’s sort of things that you wouldn’t usually do. The third week I tried to live zero waste, which was interesting because my roommate was also in my design studio and she decided to compost for her third week. So, I was able to compost some of my stuff that would have been not zero waste. From that, I started thinking about all the things that could go into a landfill and different ways that you could impact the footprint that we leave.

I had this realization that surely households could create a lot of waste, but if you can confront the problem from the beginning you have better odds of solving it. So, I was thinking about textile waste and I was looking at the problem of graphic t-shirts specifically. People print things on t-shirts like running a 5-K. You get something printed on a t-shirt and you never wear the t-shirt again. I was wondering if there was a prototype on that t-shirt, so that you didn’t have to throw the t-shirts away.

TNR: How did you get Cycle to work?

EP: I was talking to a chemistry professor who works here, and a guy that conserves our museum of art, and I asked how he thought I could remove ink from a t-shirt because he does a lot of material research. He mentioned doing something like light sensitive.

And then, if it gets heated up above a certain temperature, the pigment disappears. It does leave the residue of the screen printing, but then you can just reprint over it.

TNR: How long did it take you to bring Cycle to life?

EP: I did it in a semester. It took three months, and it was the summer semester, so less than three months. We do a lot of projects in DAAP and I’m a super senior, so we’ve really developed a lot of skills at this point that help us design and prototype pretty quickly. I did spend a lot of time on the project, like the whole summer. I was very focused on it, but it was pretty fast.

TNR: You seem to be a very busy person. How are you able to keep a balanced life?

EP: It’s super important to me because I really need a balanced life. I was a division one athlete through most of college, which is hugely time consuming. Then I go to DAAP which is also hugely time consuming, but they’re both things that I really love to do, which is why I was able to manage my time. With that being said, there is a balance between design which is a thought-provoking academic activity, and then diving is athletic and competitive.

TNR: What was the best and worst part of creating Cycle?

EP: For me personally, I think the best part of Cycle was getting to build the system because I love to build things.

It was super fun to bring something to life and have people understand the impact of using thermochromic screen printing. It’s one thing to have the ink and to have the concept, but to make it real is really impactful.

The worst part might have been the time constraint because I took on a lot in such a short time period. I wish I had more time to think about the design of it.

TNR: Will Cycle ever be for sale?

EP: Potentially. I haven’t thought about it that much because I’m going to graduate here in May, and then probably travel for a while over the summer.

Then after that, I’m going to either work at a design consultancy. Or, there’s a possibility that I would take projects like Cycle and turn them into businesses essentially. But right now, it’s not for sale.